Where Should Amy Stash Her Cash? 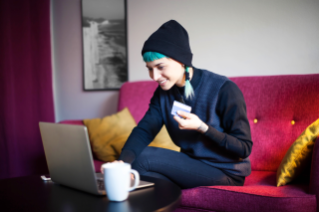 By anyone’s standards, Amy has already done well for herself and is better off financially than many of her peers. A perennial overachiever, she found work as a computer consultant right out of university and lived with her parents – and on a strict budget – while she saved enough for a down payment on a house. Her only real debt is her mortgage, which she diligently services and plans to pay off well before the end of its 25-year amortization period. With the money she has in the bank, she is considering buying another property as an investment. Amy sees herself getting married and having children at some point, but for now she is happily dating and checking off as many destinations as she can from her travel bucket list.

So, what’s the issue?

Amy has a good job and is disciplined about her spending and savings habits. When a relative suggested she speak to an Investment Advisor, Amy was skeptical. After all, her situation seemed simple enough. Why would someone like her need professional financial advice? The more she thought about it, however, the more she realized that it couldn’t hurt to get a second opinion on the state of her finances, and it might even help! She decided to keep an open mind.

Meeting with an Investment Advisor actually opened Amy’s eyes to both her future potential and the gaps in her current approach to money matters. Based on their conversation, the advisor urged Amy to consider the following:

The biggest wakeup call for Amy was recognizing her level of preparedness for greater complexities that were likely around the corner when she would be handling wealth planning not just for herself but for her family-to-be. With few obligations, a handful of bills and no dependents, Amy’s finances have been relatively straightforward to navigate. Now as an adult in her 30s, her life is poised to change rapidly.

From the simple to the complex, partnering with an Investment Advisor is worth it

Amy learned that while it can never be too early to start gaining proper understanding and control of your finances, it can be too late. She also learned that seeing past blind spots is much easier with another set of eyes, and that money management is no different from high-performance sports in that even the best “athletes” like Amy need a coach.

Whatever your life stage or financial situation, we are here to help.

This article is a general discussion of certain issues intended as general information only and should not be relied upon as tax or legal advice. Please obtain independent professional advice, in the context of your particular circumstances. iA Private Wealth Inc. is a member of the Canadian Investor Protection Fund and the Investment Industry Regulatory Organization of Canada. iA Private Wealth is a trademark and business name under which iA Private Wealth Inc. operates.